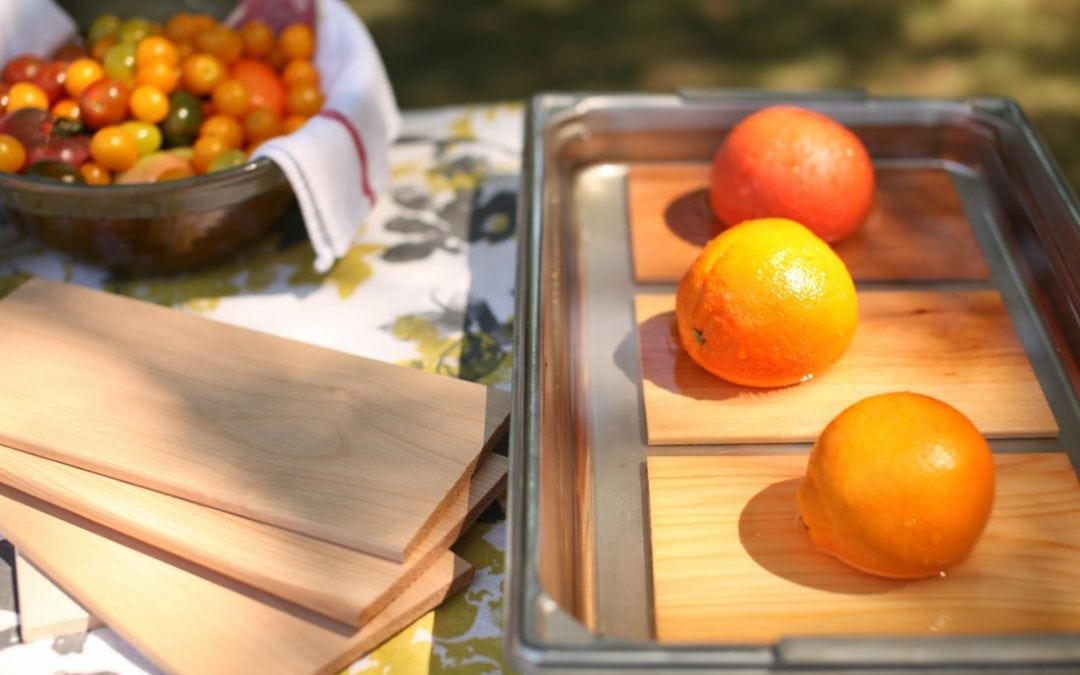 First things first: what should I make?

As a first time planker I wanted to try a summer classic, Grilled Hamburgers.

So what if it’s a little cliché to have hamburgers in the summer, it’s what one does with two pounds of fresh ground burger and an empty grill. To understand the planking process, a comparison was in order. One hamburger on the plank, one on the grill, and a final question – which would be better?

I had the hamburger seasoned and formed into patties, the Red Oak planks soaked, and the grill hot, without further hesitation I placed the burgers on and waited – only a minute though because then I saw how fast the planks dried out after two hours of soaking. After frantically searching for a spray bottle I realized they were all out of commission for the evening, either full of Windex or broken.

I had to improvise, which didn’t necessarily bother me, but flinging handfuls of water from a Tupperware didn’t look quite so graceful as delicately misting with a spray bottle. Oh well, something to remember the next time around. After a while, the burgers were browning in a mouth watering way and the toppings were ready to be placed. I don’t believe a burger is really a burger if it doesn’t have barbecue sauce so I spread it on liberally before placing Monterey Jack cheese on top.

After the cheese melted and was in danger of dripping off, I knew that the burger placed directly on the grill was done; time – 8:18pm. One of my dinner companions (Mom) likes her meat to be a little red on the inside, and cut her planked burger in half to see if it was close to done. At 8:18pm it was still entirely too red to eat. Exactly six minutes later, her burger was cooked to perfection for my standards, meaning it was brown all the way through. I figured it was time to take mine off as well.

The first bite I didn’t think I had a hamburger in my hands, it was delicious of course, but moist and slightly smoky, kind of like a meatloaf sandwich that’s been cooked on a campfire, sprinkled with barbecue sauce. The second bite was the same, however the third bite in I realized my mistake. Grilling on a plank I had thought that the burger wouldn’t need to be flipped, I was wrong.

It would have been the perfect burger if the top hadn’t had a thin layer of undercooked meat of which no amount of barbecue sauce could hide. Those first two bites had sold me on the plank theory. If only I had flipped the burgers at the end. I guess the grill won this time, leading me into a false sense of security with the cut planked burger, but we’ll see how well it does in the next round. Now if you’ll excuse me, I’ve got to go buy a spray bottle. 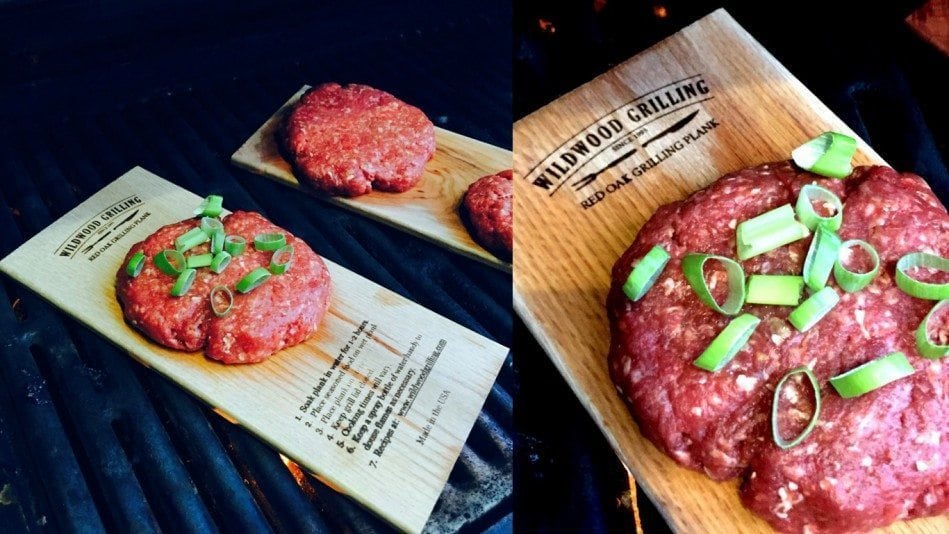 Hello Hello! Kelly O. reporting from the grill – though you can often find me at Shingle Mill Blueberry Farm. Trials and tribulations are bound to happen whilst grilling, hopefully with good company I’ll be able to muddle through this savory planking world, laughing and well-fed.