Smoked Oysters on the Grill: A Pacific Northwest Favorite 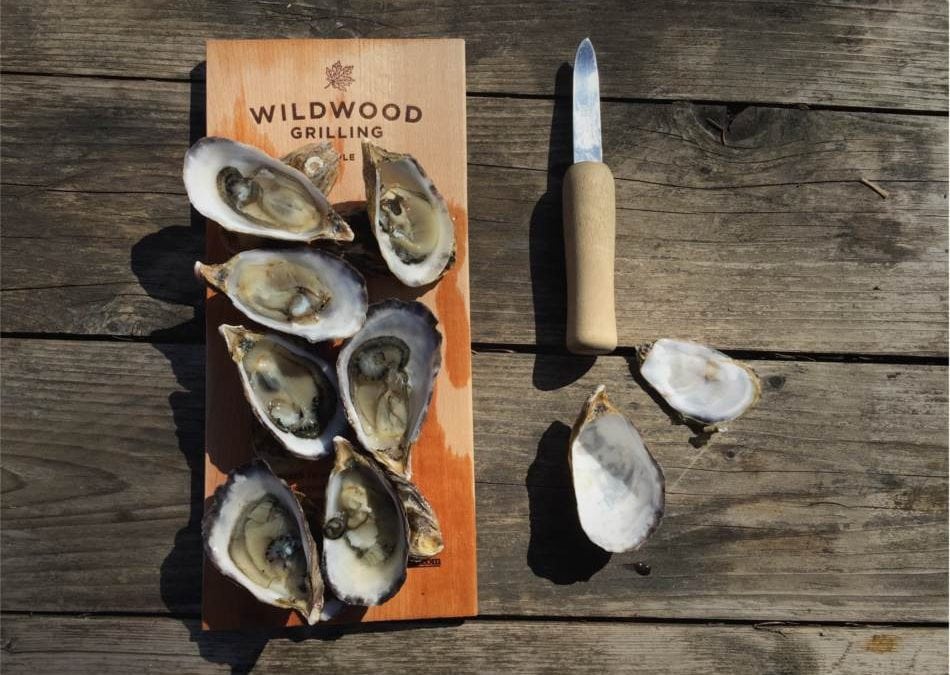 Oysters can be an intimidating food to prepare. The main hindrance is not knowing where to start. There are different types of oysters, different types of wood smoke and how do you even get those little guys on the grill without spilling all the oyster’s liquid?

We’re here to help. Check out our Oysters 101 and a super tasty recipe to try on the grill.

Terrior is the concept that a specific place’s environmental factors affect a crop’s olfactory and gustatory qualities.

Simply put, environmental elements – soil, climate, and landscape- are paralleled in the tastes and smells of a particular place’s harvest. Crops mirror the qualities and characteristics of the land.

The word Terrior is French for land or soil. And Mer translates to sea. So, it follows that Merroir would refer to the aromas and flavors imparted by the ever-changing deep.

And what better way to reflect the essence of the ocean and the characteristics of the sea than the oyster.

It would not be an exaggeration to say that I am an oyster enthusiast. Many a bivalve have been shucked and slurped. So, when a superb source of oysters is discovered, I feel the need to eat up and speak up, all the time waxing poetic about the movement and flavor of the tides.

Capital Oysters is named for their community – the capital of Washington State. And the Pacific Ocean is fresh, cold, and crisp off the coast of Washington.

Five generations in the making, Capital harvests their oysters on Harstine Island’s Spencer Cove. The oysters are tide tumbled. The shells are deep with distinctive colors, stripes and patterns.

Capital’s growing method is built around suspension. The oyster bags don’t lay on the bottom nor do they float on the surface. The oyster is suspended in the middle of the water column and feeds on the cleanest and most optimal food.

Oysters are meant to be eaten as God intended – naked, that is. After a dozen or so have been enjoyed raw – then and only then – can or should one consider other options.

Now, for just a moment, back to the idea of flavors being defined by their place of origin.

Foods of the Pacific Northwest speak to the surroundings. The smoke produced by the tree species, native to this area, ring of more than just topography – they waft of history. Alder, Maple and Cedar smoke is more than a flavor – it’s the taste of tradition.

The vocabulary used when describing an oyster can range from briny, clean, and minerally to mild, buttery, and sweet. The flavor imparted by the essence of wood and fire range from earthy and savory to rich and fruity.

Oysters and wood smoke – the perfect blend of ocean and earth, sea and soil.

The result? Smoke, salt, and a deeper sense of the Pacific Northwest.

Pearls of wisdom: Just shuck it.

We love these articles about how to shuck oysters: 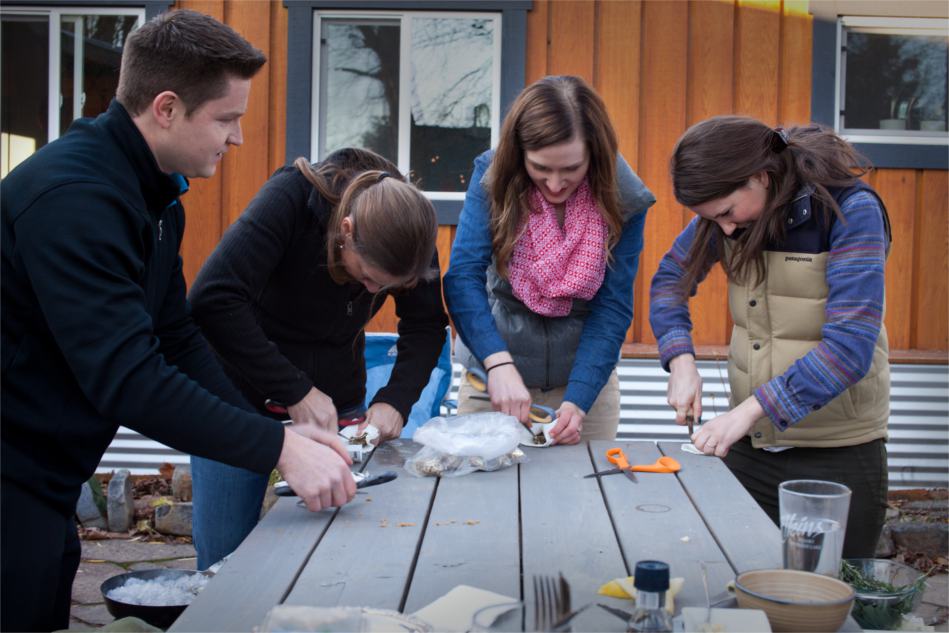