Can a grilling plank be used more than once? 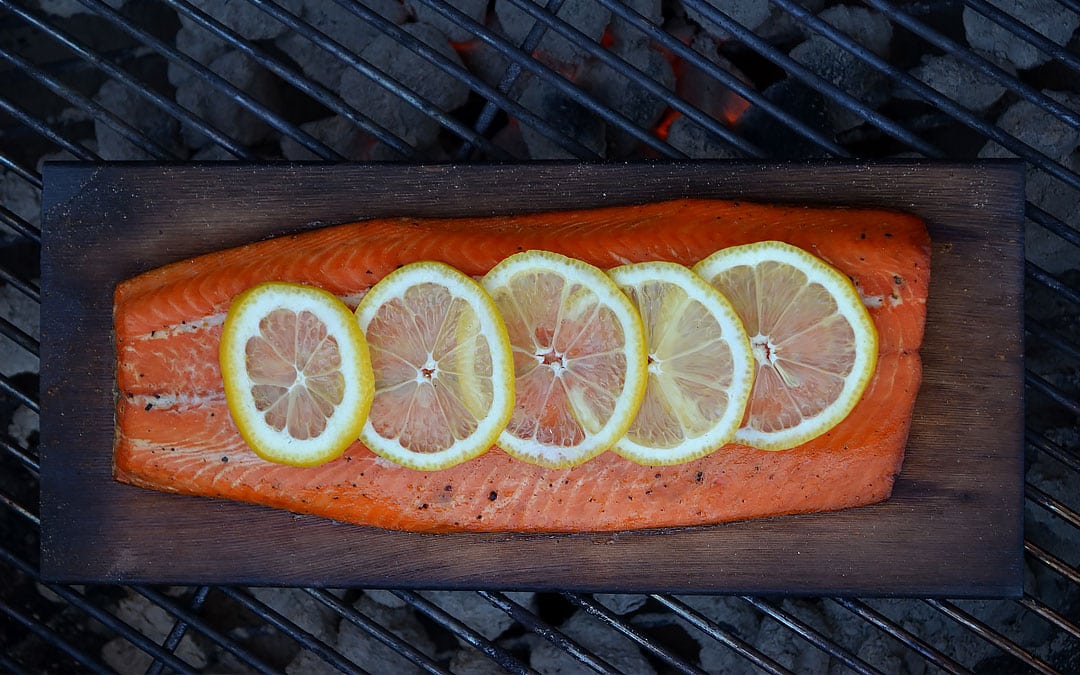 Technically, a grilling plank can be used multiple times but you’ll only get the fresh wood flavor on the first use, so we don’t recommend it as it defeats the whole purpose of cooking with planks. Also, if you are able to use a grilling plank more than once, you are doing it wrong.

We can all agree that to get the best value for your money, it makes sense to try and use your grilling planks as many times as possible. To determine if this method is an option, we need to understand how the wood flavor is passed into the food in the first place.

We recommend you soak your plank in warm water for 15 minutes. Read the scientific reason why. When food is placed on the soaked plank and exposed to heat, the moisture rises out of the plank. The moisture carries with it the flavor characteristics of the wood, which then are passed into the food. We refer to this taste as ‘fresh wood flavor.’

If you use the plank on the grill, it will burn somewhat and lose some of its structural integrity, causing it not to work as well the second time around. Grilling planks can also be effectively used in the oven. The same flavor transfer will take place but this time the plank will not burn as it is not exposed to any open flames, or so we hope.

We tested this out by reusing grilling planks on both the grill and the oven. Here are our results:

Can I reuse planks on the grill?

The plank that came off the grill had been charred black underneath, but still had a usable surface to place more food. The used plank was weighed and then soaked in warm water for 15 minutes. Much less water was absorbed during this second soak. The resulting flavor was quite different from the first use and was considerably less aromatic.

Can I reuse planks in the oven?

The plank appeared completely intact after the first use and almost absorbed the same amount of water during the second soak. The flavor of the food, however, was much less apparent than the first time around. 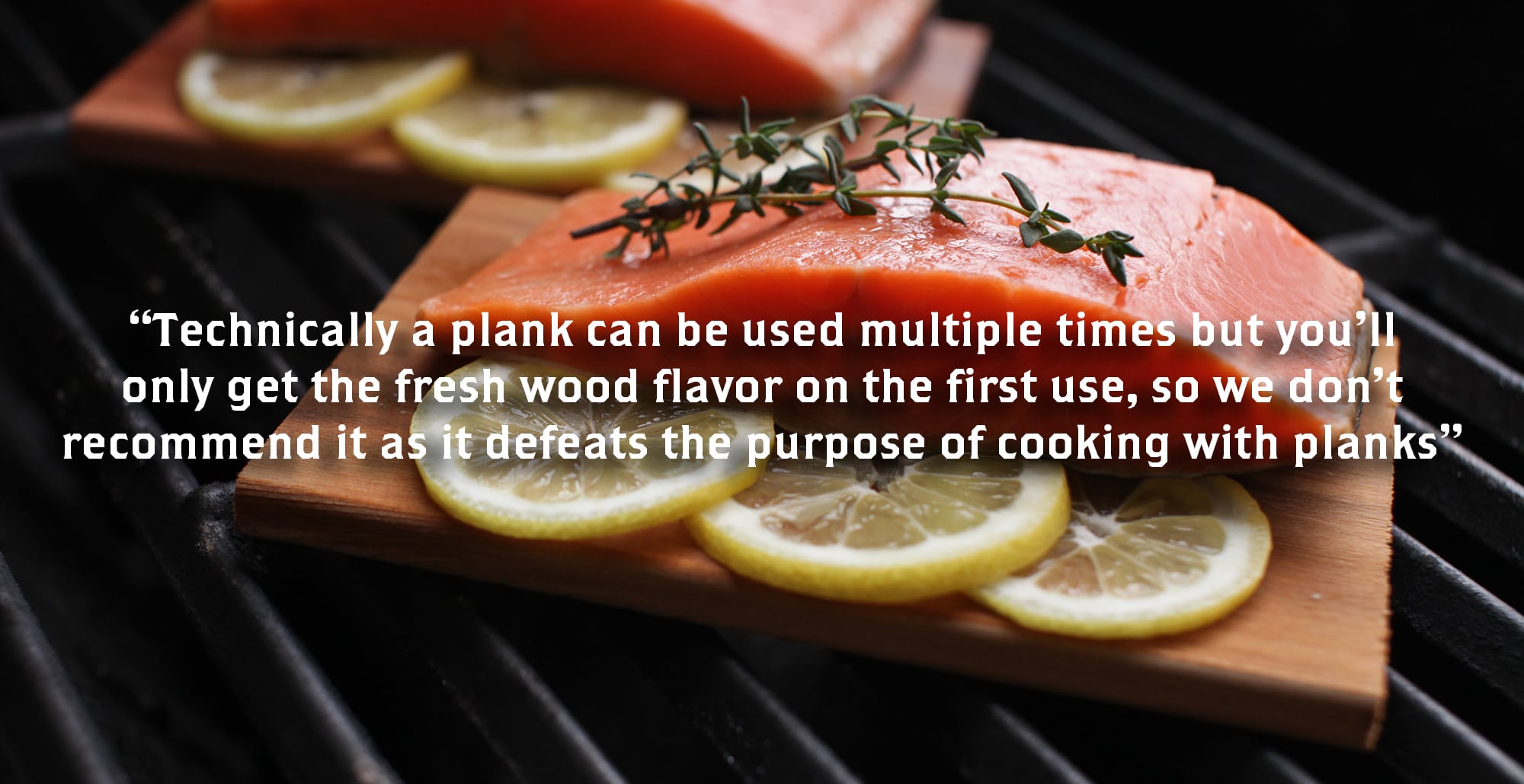 Why you shouldn’t reuse your grilling planks

The fresh wood flavor is obtained via moisture leaving the plank. After the first use grilling planks are unable to absorb as much water and therefore there is less opportunity for flavor to transfer.

Also, after the wood flavors are carried out of the plank the first time around then they are simply gone, the plank is ‘spent,’ so to speak.

Using a grilling plank multiple times could become a food safety issue if it is not cleaned properly. If it is cleaned effectively then even more of the natural wood flavor will be lost during the cleaning process.