See All | Next Pro 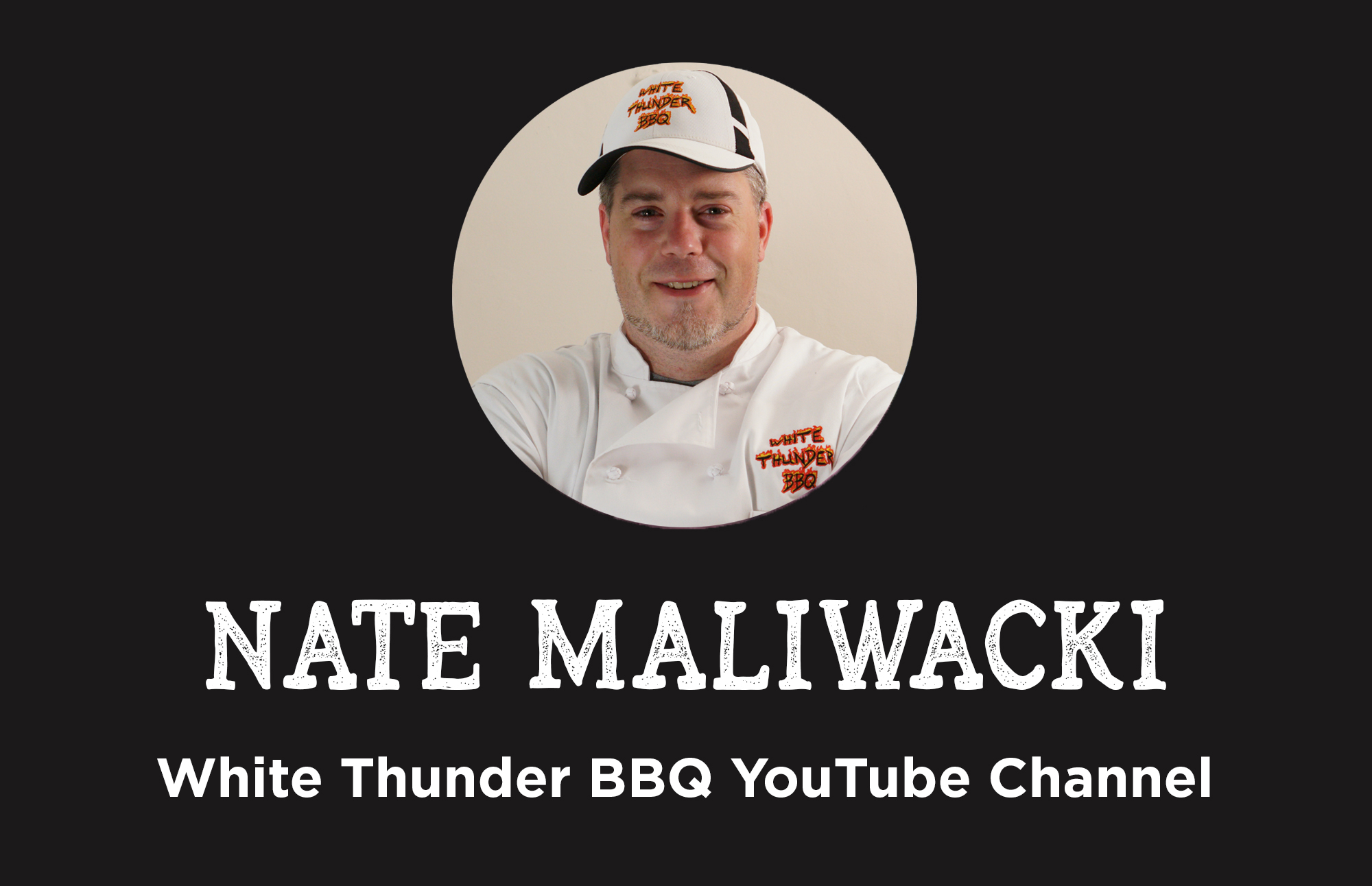 Nate is the founder of the White Thunder BBQ YouTube channel. He has a wife with three kids, that can sometimes be seen in the video helping or just passing through. He is also a software engineer; however, his passion is grilling.

Nate discovered his passion for grilling after his oldest daughter and wife gifted him a weber grill on his first Father’s Day. He began learning to grill, live fire cooking, and temperature control through a trial and error method (AKA many, many errors and late dinners). Since Nate lives in Central NY, he grills in all types of weather, mainly the snow.

Nate believes that you can grill in any type of inclement weather. He has grilled appetizers, meats, breads, desserts, you name it. Nate truly enjoys making every one of his videos. His hope is to inspire others that view his videos to share the same passion and attempt the recipes. 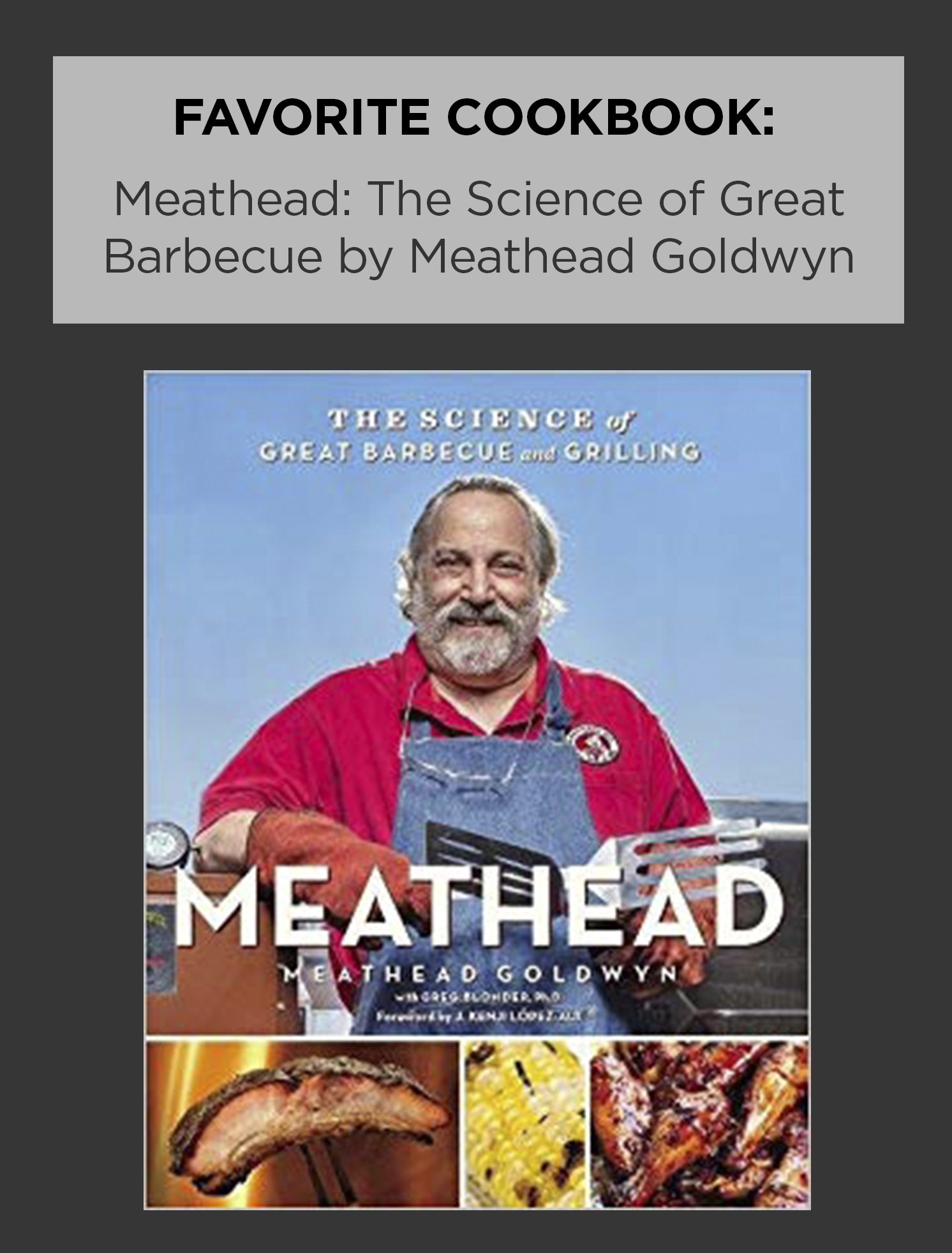 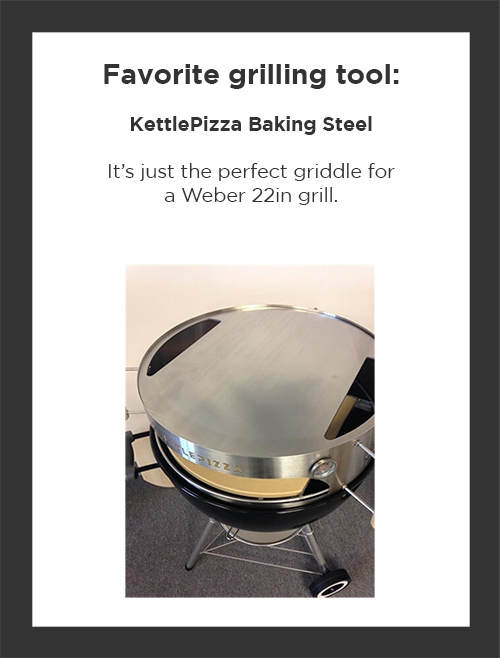 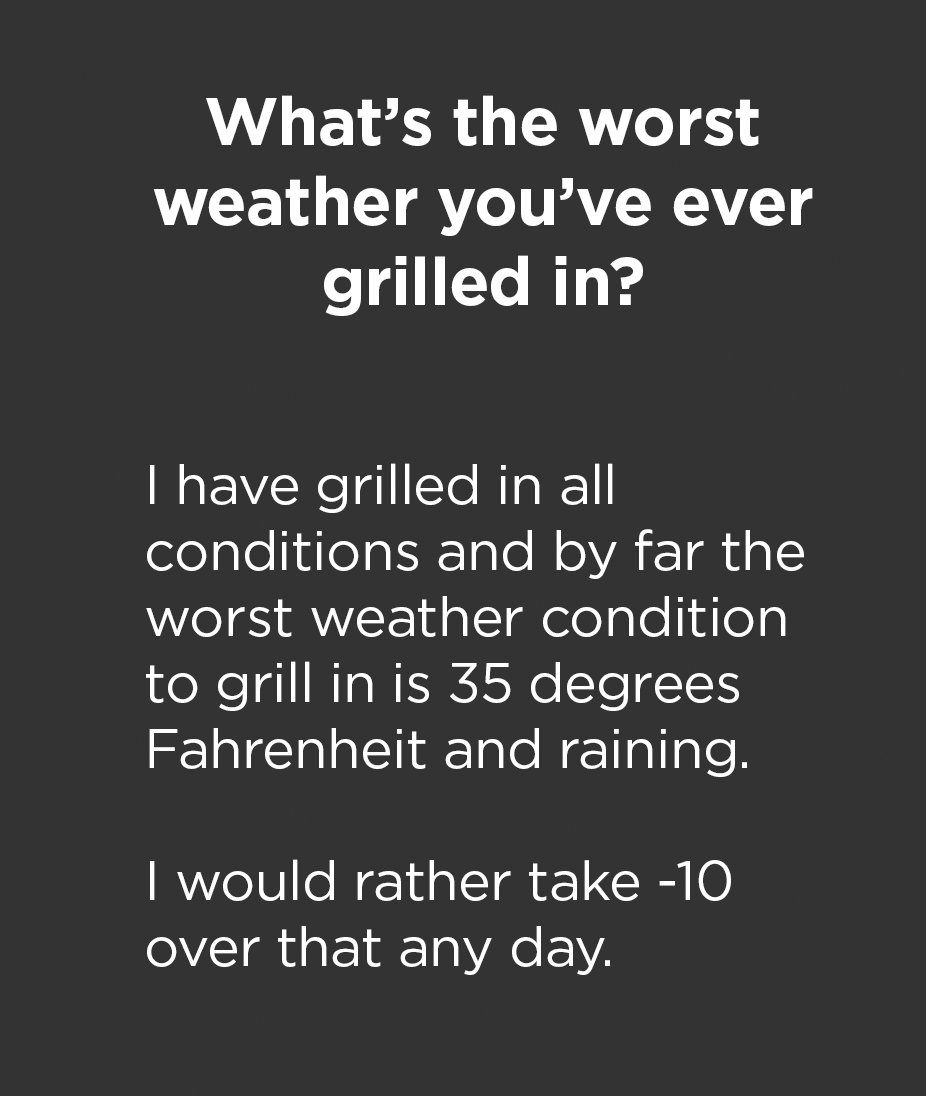 What’s the longest time you’ve grilled/smoked something, and what was it?

18 hours +? …Once you have been up for that long it gets hazy. It was like butter.

What do you drink when you grill?

My goal is to try all the IPAs.

What’s the strangest thing you’ve cooked on a grill?

What’s your most memorable food experience?

Working in produce and tossing a rotten onion to one of my coworkers and saying ‘catch.’

What’s the last thing you ate?

An American style omelet with chives and cheese.

That’s an easy one – hot sauce. My favorite is a homemade fermented sauce that I make. 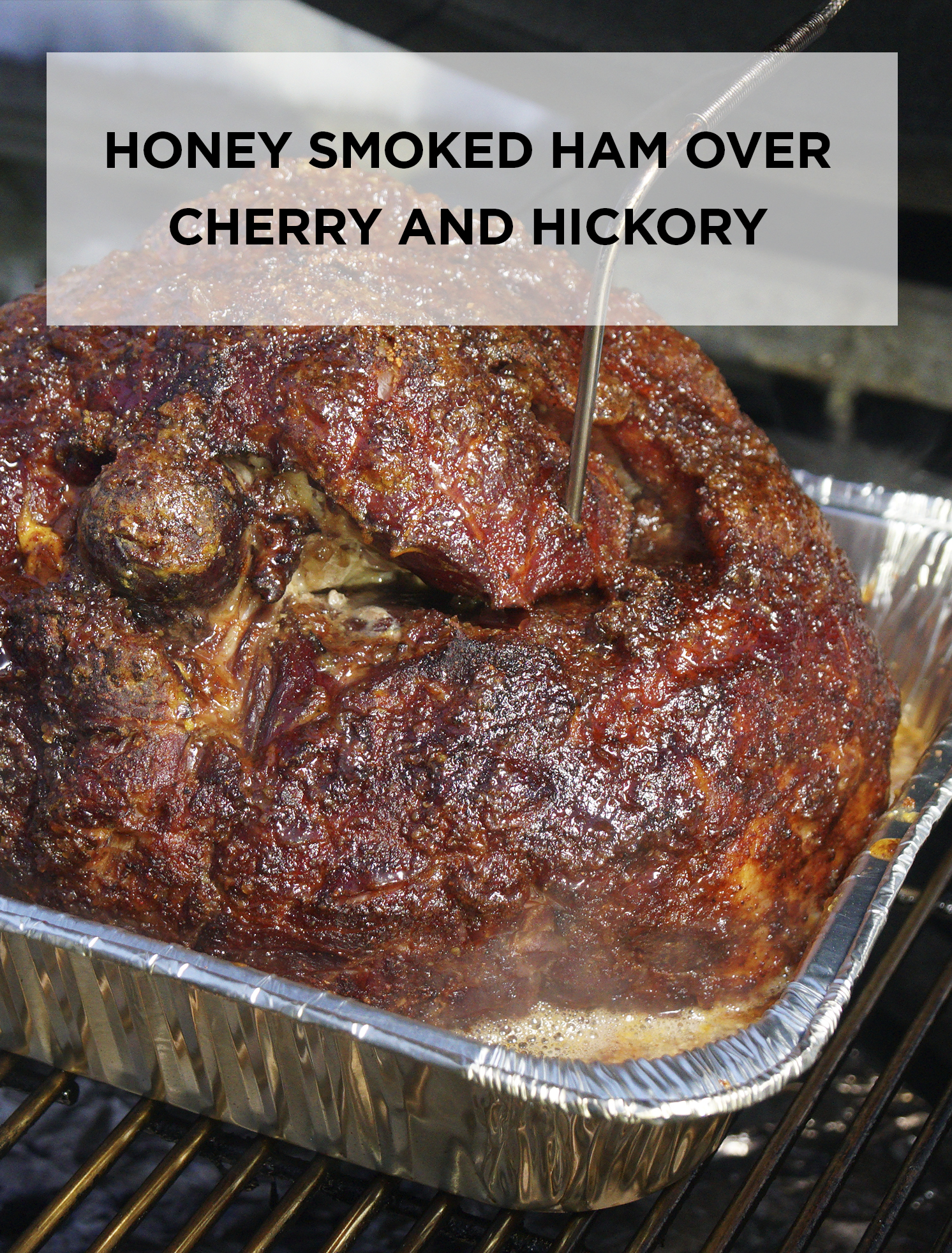 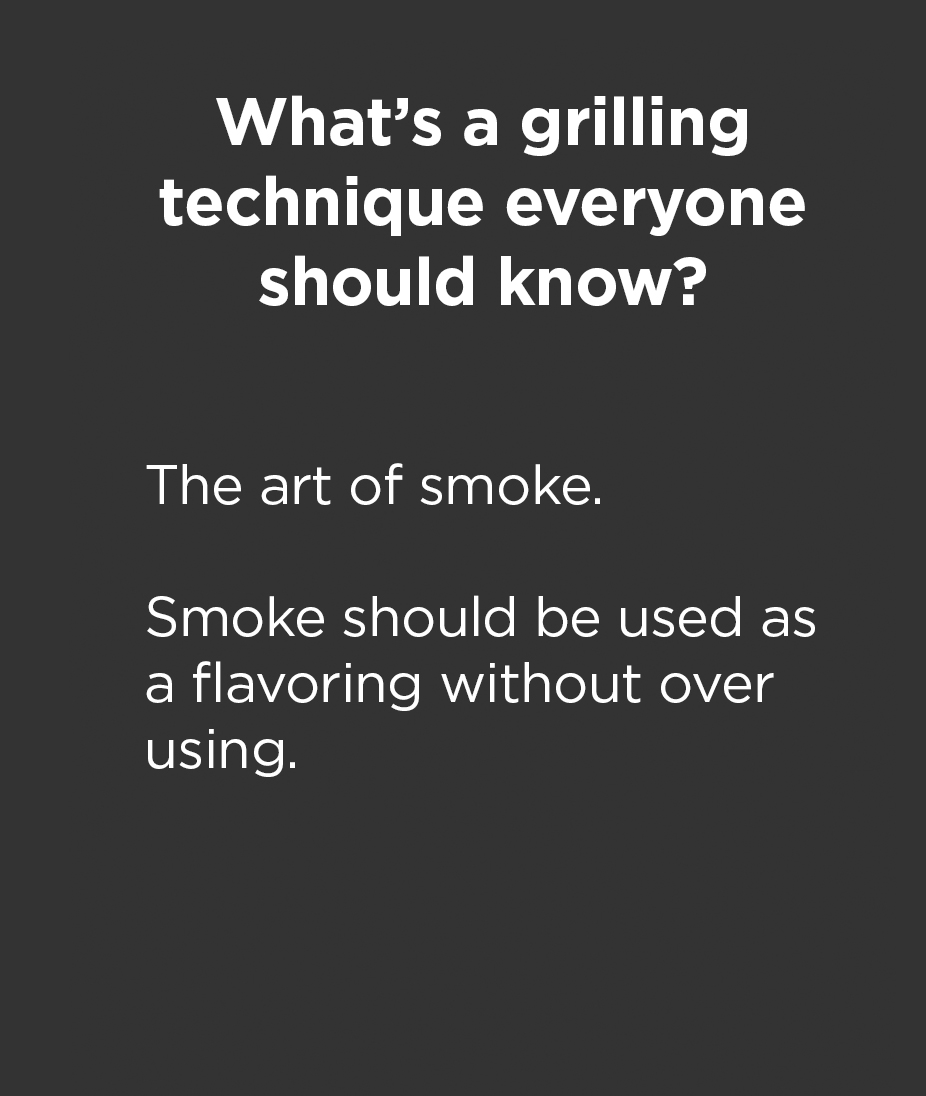 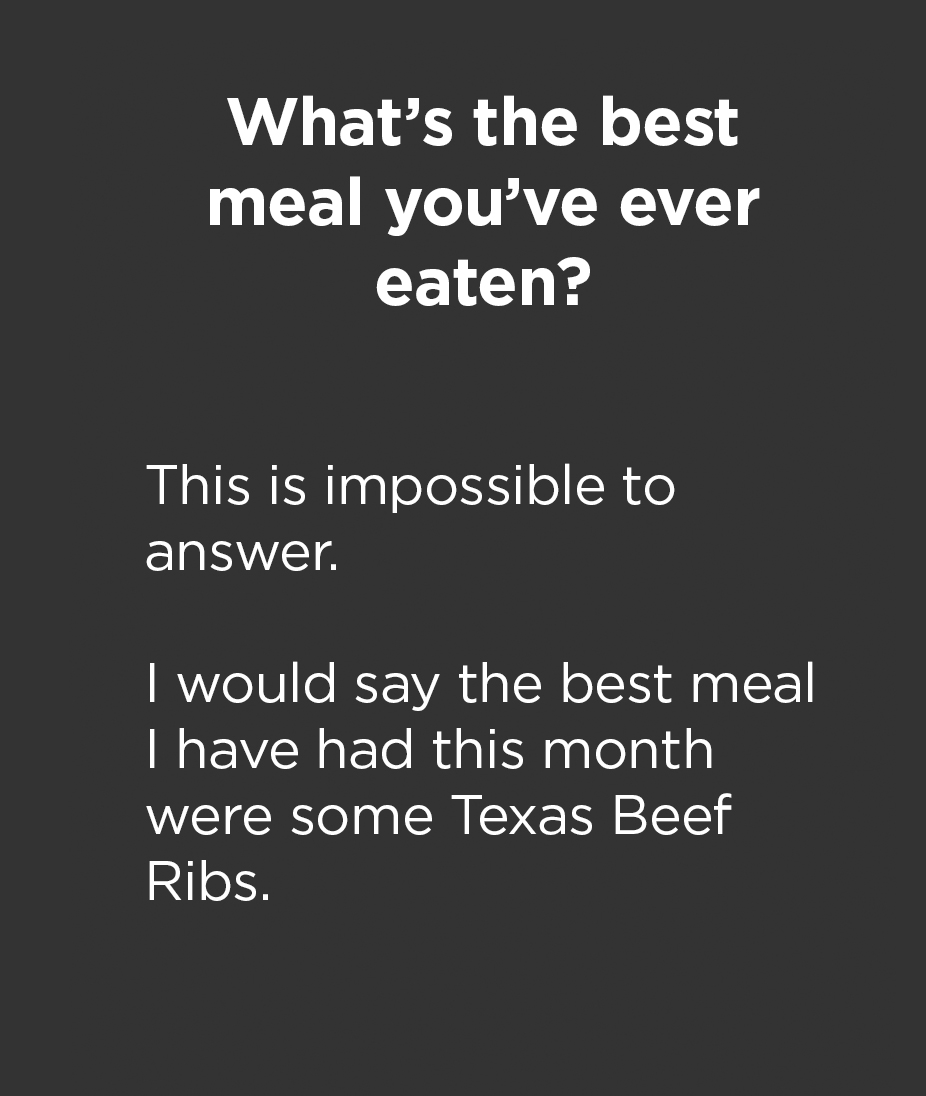 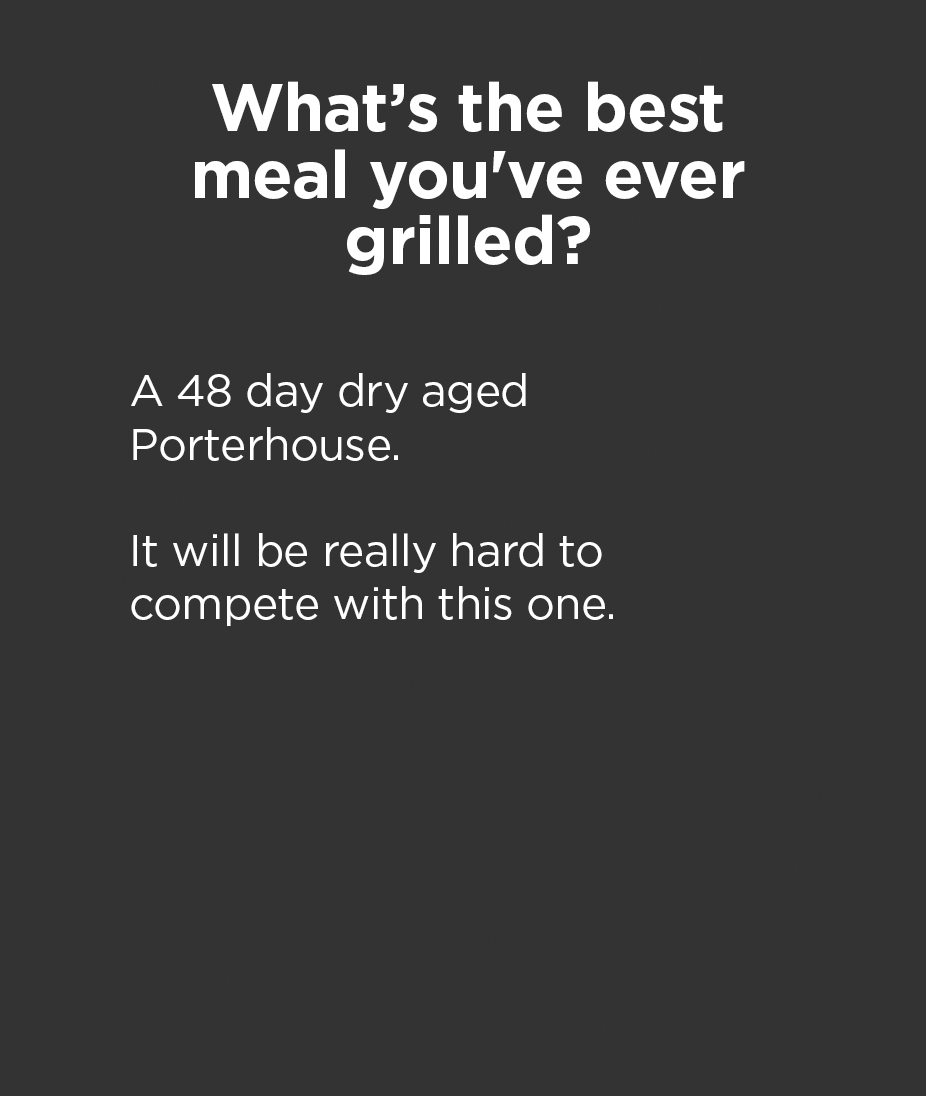 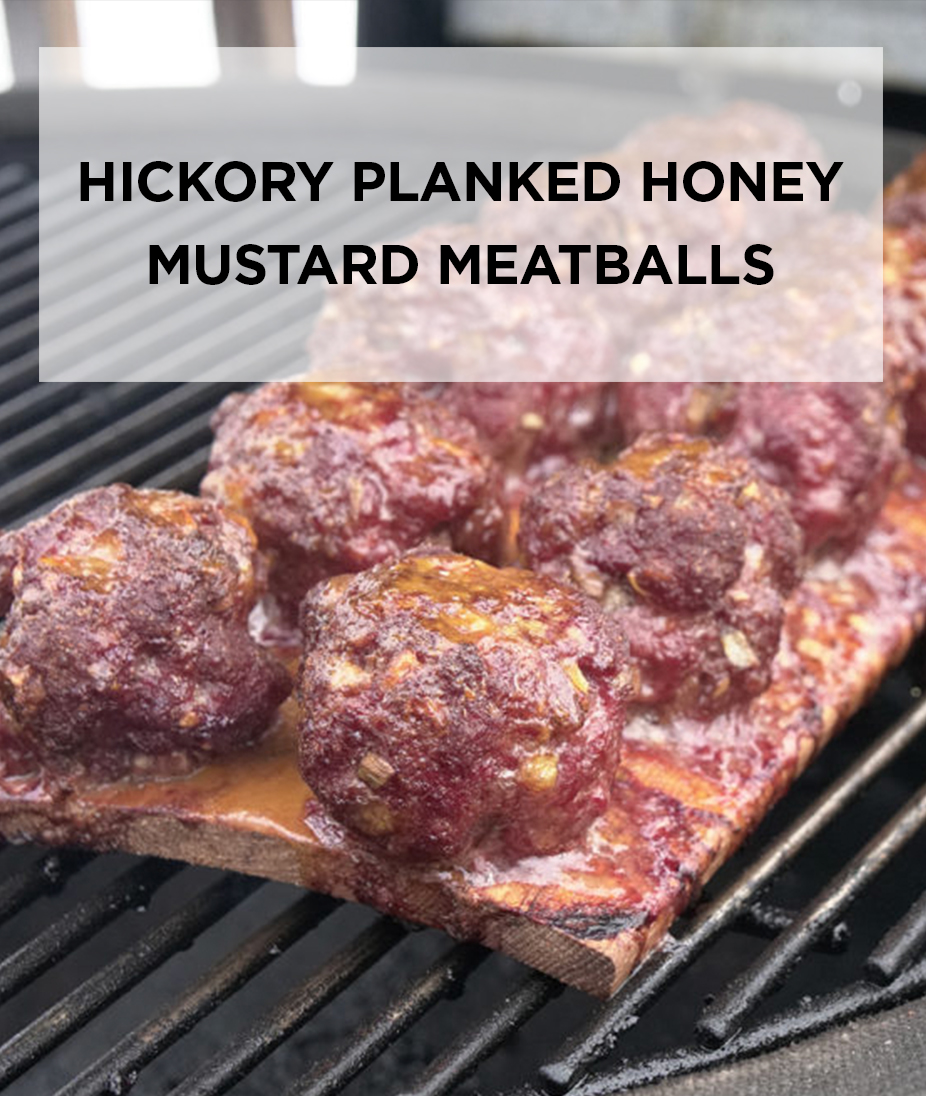