The Definition & History of BBQ: What it really means 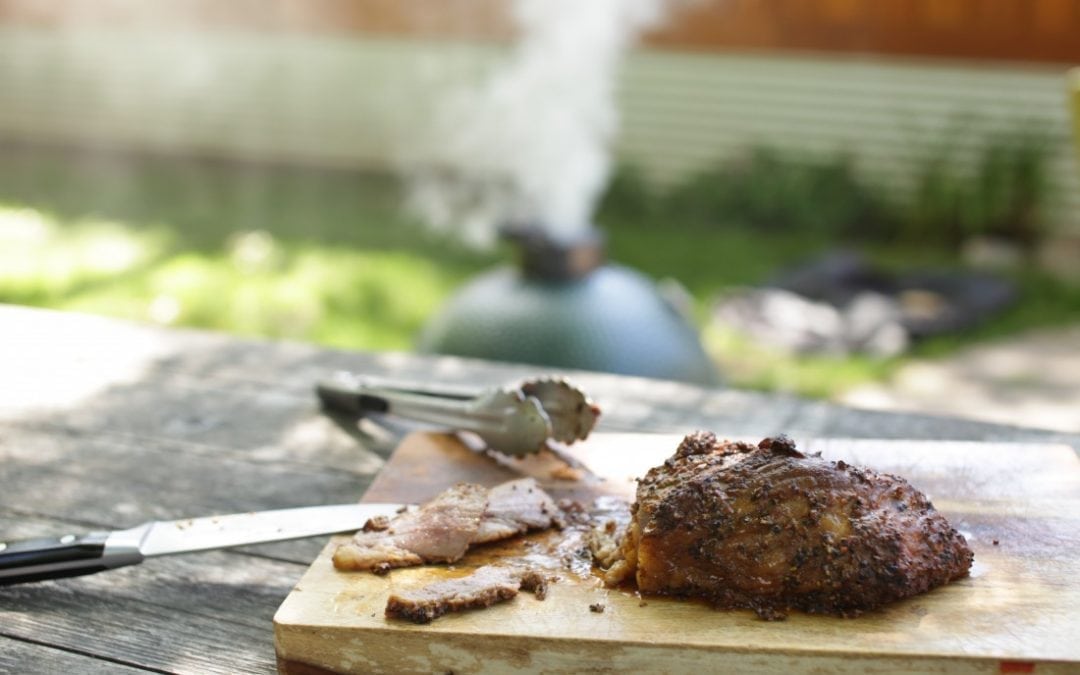 The term barbecue (also, BBQ or barbeque) can mean a lot of things. And the topic of barbecue – real barbecue – can be a contentious one.

One word, so many definitions.

Some call anything prepared on a grill barbecue. Others use the term reverently – dogmatically, even – in reference to a certain cooking methodology. Adding a blob of a sweet, tomato-based sauce qualifies as barbecue to some.

The term can apply to an outdoor cooking apparatus. As in “throw some shrimp on the barbie.” Gas, charcoal, pellet or pit all can fall under the barbecue moniker.

Others use the term synonymously with a picnic-like event one hosts on the weekend. When used in this way, the term congers up an en plein air spread with attendees resplendent in seersucker and gingham.

Barbecue can be a competitive sport, complete with reality shows and bracketed competitions. Minor league contenders fall in the “patio division.” Whereas the major league divisions dole out serious cash prizes.

According to the Pacific Northwest BBQ Association’s website, “real barbecue happens when you place meat in closed pit and let it cook with the low heat and smoke of a wood fire.”

Bitter debates rage across the U.S. over regions and styles of barbecue – pork vs. beef, sauce vs. dry rub, Texas vs. Kansas City, and mustard vs. vinegar. Barbecue joints range in variety from Carolina to Korean style, and don’t forget about the Hawaiian to Mongolian BBQ.

Seriously good ‘Que is not just found in the outer reaches. From the East Village to Williamsburg to Hell’s Kitchen, New York City boasts rave-review worthy BBQ joints. Check out The Definitive Guide to the Best BBQ in NYC.

Even the origin of the word is up for deliberation. Is it Caribe barabicu or the Spanish barbacoa?

“The story of barbecue is the story of America. Settlers arrive on great unspoiled continent. Discover wondrous riches. Set them on fire and eat them.” Vince Staten, Real Barbecue

Yes, barbecue can be a contentious topic and after much research, sampling, and time spent on the patio, I have come to this conclusion.

I am not a purist. I like it all. From cookouts to cooking contraptions, brisket, babybacks, and burnt ends, sauce and spice – I’m in favor of it all.

If there is one connective thread that holds all these uses together, it’s this – barbecue is not a thing to be rushed or hurried. Barbecue is the art of the slow – whether it’s the cooking or the savoring of other company.

Quotes from People Who Know

“It all comes down to wood. The real difference between grilling and true barbecue is wood. True barbecue must be cooked using indirect heat and hardwood; giving the barbecued meat a kiss of smoke flavor.”

“BBQ means sipping on something cold, practicing my patience gene, using my all of my innate senses of pure caveman. Managing smoke and fire like a CEO, teaching the story of the pit and the patina it has and the lore it generates, being responsible to children and family alike in passing forth techniques and recipes for future generations while keeping my pit secrets secret all the while wearing a t-shirt 2 sizes to small and showing a little hairy butt crack to unappreciative wonderers.”

“I have two definitions of barbecue. Both are distinct but related. The first is the traditional American definition of low and slow cooking. Barbecue is taking a tough cut of meat and transforming it through the magic of rubs, mops, sauces, smoke, and most importantly, time, to creating a succulent, abundant, and memorable feast. To me, barbecue also defines the enjoyment of the smoked spoils. It’s where we all come together, whether through family, friendship, or fellowship, to feast on food grilled over a live fire. Barbecue symbolizes outdoor dining, cold drinks, warm nights, and full bellies. It’s more than food, it’s an experience.”

Grillmaster and author of Another Pint Please

“I see barbecue as a blank canvas. It is nothing short of a subjective art form – the art of the low and the slow, the spice and the rub, the smoke and the smolder. Skilled meat artisans can craftily breath attributes – tender, moist and flavorful- into room-temperature carcasses over the altars heated surface. Barbeque begins with prime, aged beef or quality pork, fish and fowl. I am a superhero – BBQ Joe, they call me – riding on my magic carpet, trailed by a plume of hickory smoke. On a cast iron horse, I ride!”

Hello Everybody! Katie Bradish here, telling you all about the classic Americana experience – the backyard BBQ. Remember one thing: It’s the art of slow – so take your time, and enjoy!