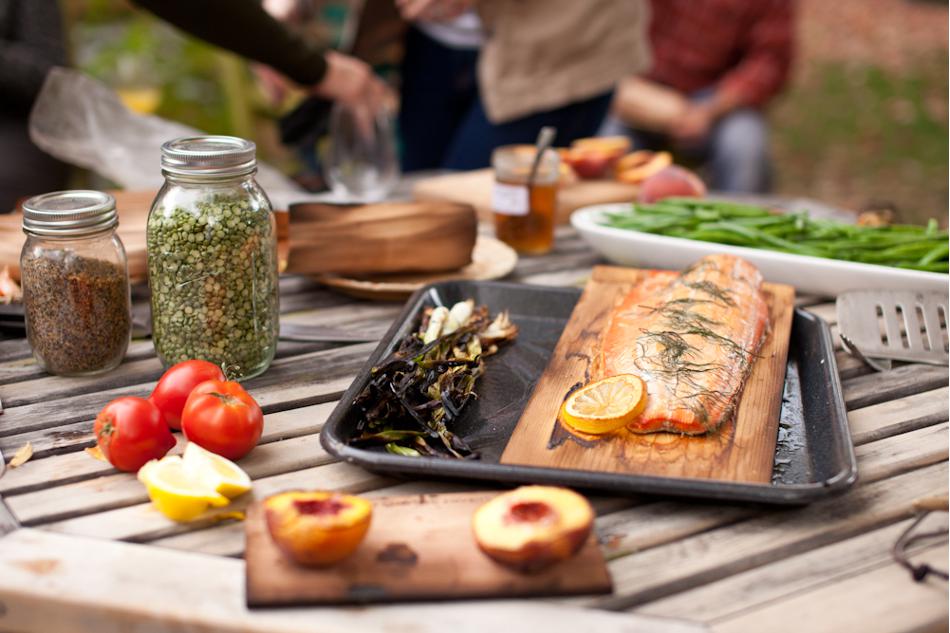 We are in the business of wood and flavor. And the main events of the Wildwood Grilling year happen to coincide; Memorial Day and the Copper River salmon run.

The salmon runs mark the abundance of a fresh, wild-caught northwest delicacy. Memorial Day marks the yearly launch of a pillar of American society – the cookout.

While grilling is a year-round pastime and salmon is an indisputable menu staple, both have a cultural X on the calendar in May. Both Memorial Day and the Copper River salmon run are season openers. Both American cookout culture and the migration of salmon are inalterably tied to our business.

Memorial Day harkens the warm season and gives permission to all-while assembles, while the first fish harvested from the Copper River are quickly sent to acclaimed establishments where diners pay for the honor and exclusivity of the season’s first. Fish market and grocery store cold cases are stocked soon thereafter.

Both of these events have eager grillers congregated on patios, decks, beaches and in their backyards, briquettes in hand, fresh propane tank at the ready.

Salmon Runs in the Pacific Northwest

Historically, the native peoples of the Pacific Northwest awaited the migratory voyage of the salmon up river with ardor.

Salmon are an anadromous species. After several seasons of roaming large territories of the ocean, the salmon return to their natal rivers. Then, the salmon will swim up the rivers until they reach the spawning ground that was their original birthplace.

The season’s catch was persevered by the transformative affects and earthy flavor of Pacific Alder Smoke.

Salmon is not just an ingredient. Wood smoke is more than just a technique. The first barbecue of the season provides more than just sustenance. Wildwood Grilling brings it all together.