Where The Northwest Morels Grow 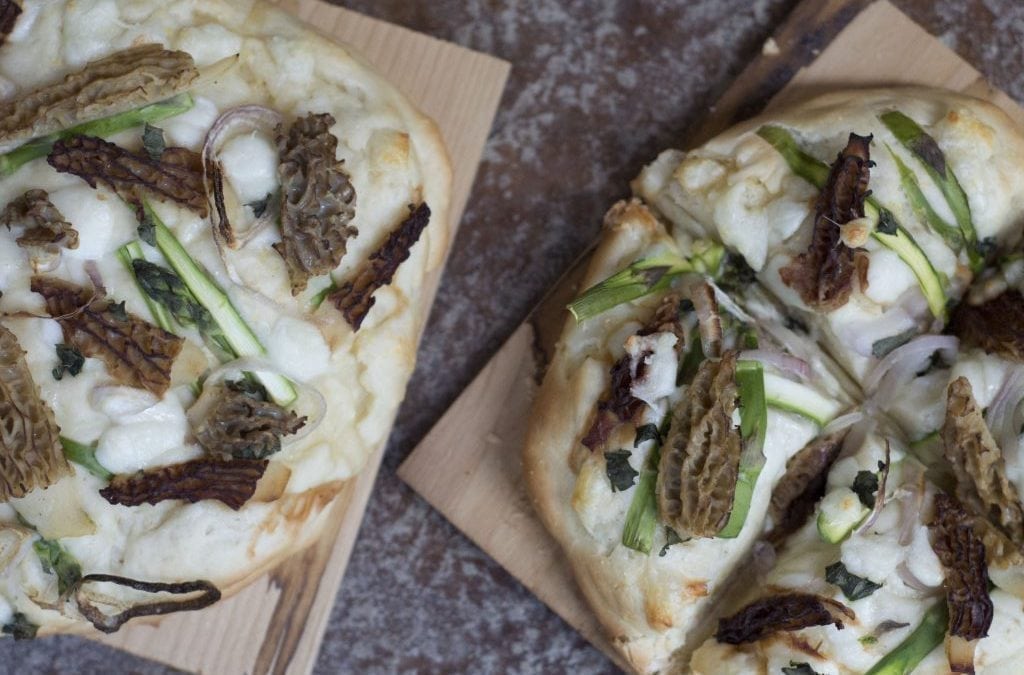 At the peak of morel hunting, gathering season, there are a select few who are capable of braving the elements and collecting only the finest most delectable morels. This story isn’t about them It’s about those who should have stayed indoors braving the radiation from their microwaves and cell phones.

Up in the wilds of the Cabinet Mountains grow the prized morels of tales old, our dear friends who embarked upwards toward the morels of legend knew not what terrors they would face on this perilous journey. Rumors of bears tall as the pines, fiendish mooses and the always lurking pine martin. 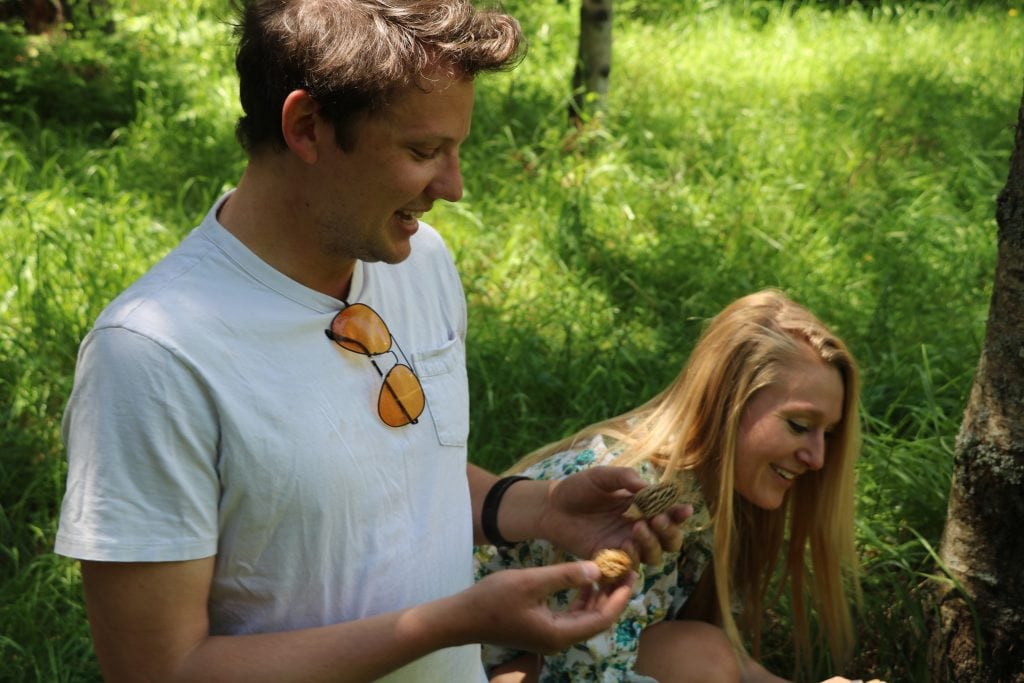 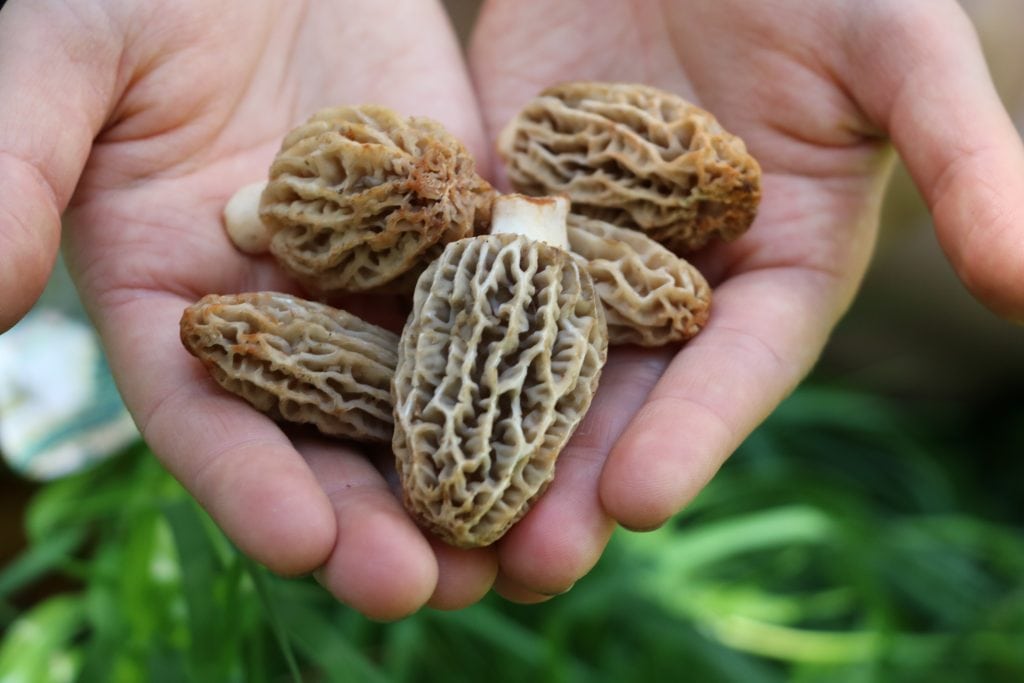 Our heroes found themselves at the end of a dirt road with a sign that once probably read “turn around, go back the bridge is out!” but all they saw was “turn” so taking the first right they came across to what a trained eye was a “dead end” yet the leader of this troupe declared “trails are for the weak” 2 hours of fighting branches, swarms of mosquitos and what most back country goers refer to as “mountain madness”

After navigating all these treacheries, the prize was found! Not the 10 pounds they had hoped for but 7 pounds is close enough too.

Whilst they journeyed homeward they clearly took another wrong path that lead them to a small bridge, which was also being navigated by two grizzly old men who, in exchange for safe passage only required some “hiker’s fuel” (whiskey) as they called it, through what they called “Bearmageddon Pass”

Once safely retuned to their motorized vehicle they hurriedly sped home to tell me this tale to tell to you, morel picking isn’t quite as dangerous as they make it seem in the movies and that this pizza that we made after made the entire trip worth it.

Oh and we even made a pizza with it. 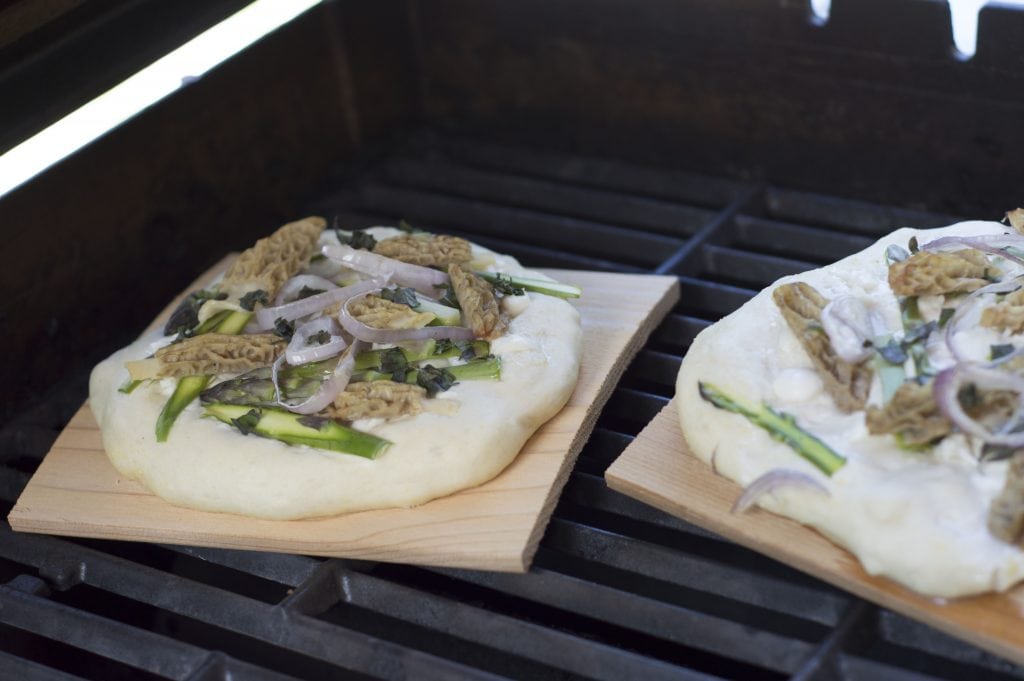 Evan here! Born and raised in Sandpoint, Idaho. Join me on my journey, spatula in hand, grilling planks in the other as I discover the tastier side of the grill. I once was told that “you don’t have to be faster than a bear, just your hiking partner.” and luckily the only thing that was ate were these morels.